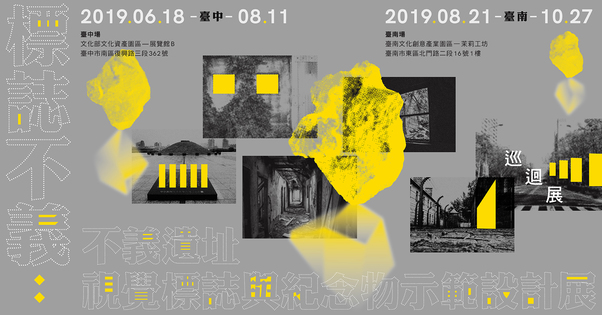 In Taiwan’s recent political and social development, Transitional Justice and Memory Engineering have been two widely discussed issues that are intertwined with each other. When we reflect, write and construct with historical awareness, we are confronted with new ways of perception in history and memory in a new era. During Taiwan’s White Terror, which lasted for 38 years (from 1949 to 1987), different degrees of censorship, oppression, prohibition, and punishment have violated the freedom of speech, thought, and demonstration. For places where human rights were violated during the White Terror, some have been changed because of urban development and rebuilding. Some are still in our daily life, but they are not paid attention to or even are separated from the public. However, more are those of crime scenes that are hidden in the city. Whether the historical trauma in these places is gradually disappearing in people’s memory is regarded as an urgent issue that demands attention. Therefore, it is hoped that these spaces can turn into a cultural landscape of human rights through the indication of unjust sites. Besides, in the process of understanding and indicating the unjust, we hope to construct public historical memory in different ways and even further to create discussion in different groups.

Most of the artists in this exhibition are from the younger generation. At the beginning of this project, they attended two series of workshops and field researches, shaping a cultural landscape of history and memory of their own from their understanding and imagination of White Terror and unjust sites. Through discussion and various concept developments, artists create their works with focuses on the landscapes, space, body, word, sound, and commemoratives. They not only try to produce the indicators from unjust sites, but also achieve the recreation in visual, experience, and senses. In the content of the proposals, artists further reflect on how to transform victims’ experience and the spaces of unjust sites into explicit and implicit awareness that pervades in the contemporary society, the collective, and the historical construction through an understanding and discussion about publicity.