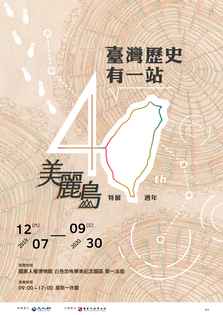 The 40th Anniversary of the Formosa Incident : A Pivotal Moment in Taiwan’s History

Starting with the February 28 incident and continuing through the White Terror period, a 38-year-long period of authoritarian rule and violent repression, the basic human rights were severely limited. The "party ban" restricted the people's freedom of association and the "report ban" restrained the people's freedom of speech. At that time, Taiwanese people successively fought against the KMT government for freedom and democracy.

Early1970s, Taiwan was facing severe diplomatic setbacks, at the same time was encountering the demands of its people for democratization, economic and judicial reforms. The continuity of these actions, undoubtedly, led to the fast development of the political magazine.

In 1979, Formosa Magazine established and expanded branches and offices in every corner of the nation. The organization promoted both ethical values as well as information about reformation movements, earning it the moniker “a party without a party name”. It proposed three key demands for Taiwan’s democratic transition: the lifting of martial law, the re-election of congress, and the amendment of the Constitution.