Exploring with the Map

Let’s examine, reveal and unlock the memories and scars on the exact spot.

Next to Xiulang Bridge, Xindian, the site used to be the Military Justice Academy campus; and later became the location of security agencies’ detention center and military courts. During the White Terror period, political prisoners were detained, prosecuted, tried and imprisoned here. The Formosa Magazine Incident trial of 1980 was held in the First Court.

The complete tour takes about 120 minutes. Ren-Ai Building was where political prisoners were detained and the First Court and the Military Court were where they were tried. Exhibitions in the barracks can offer visitors a glimpse of life during the White Terror period, while to the right visitors can explore the states of mind of political prisoners with the help of different themes. 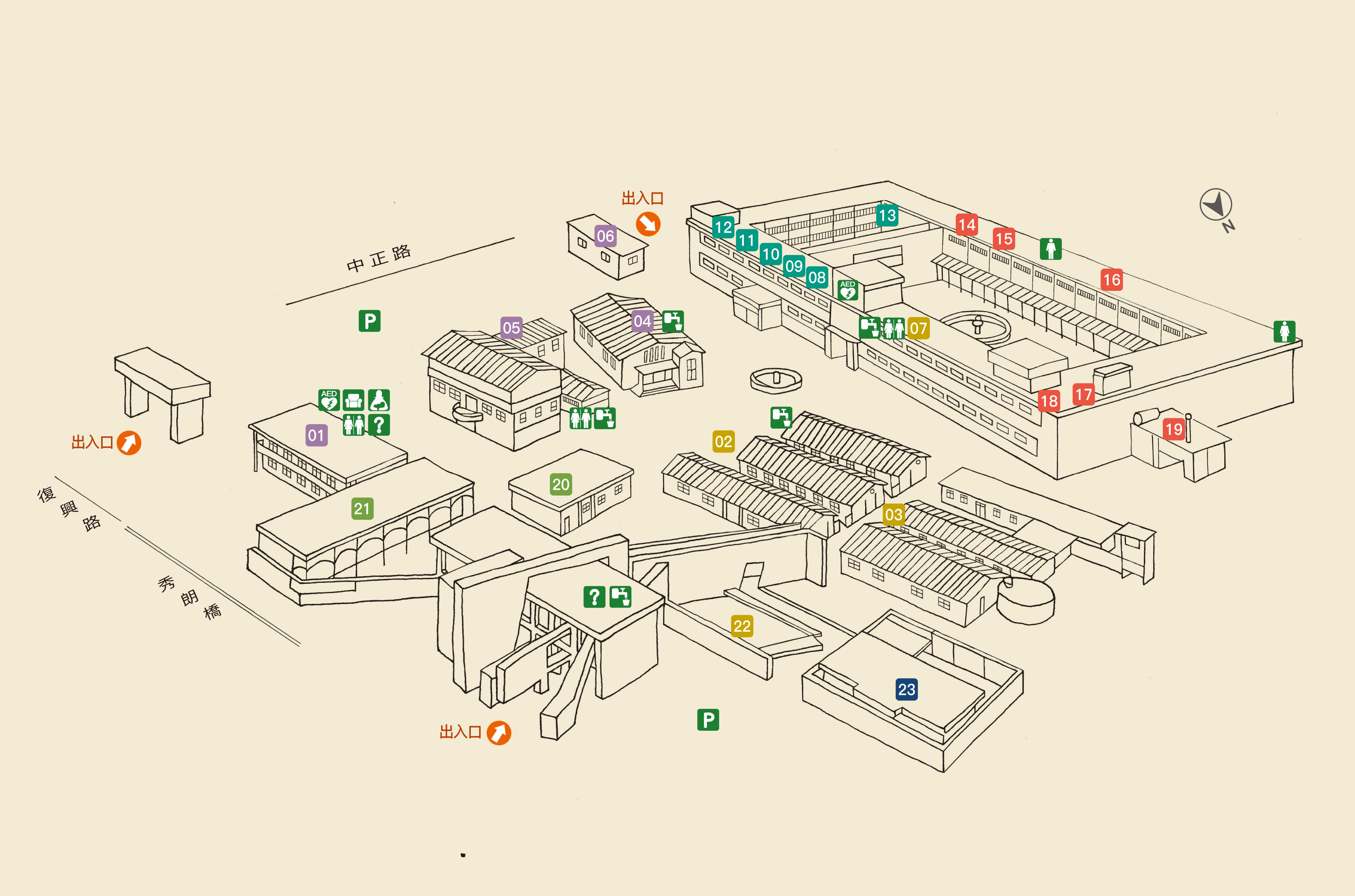